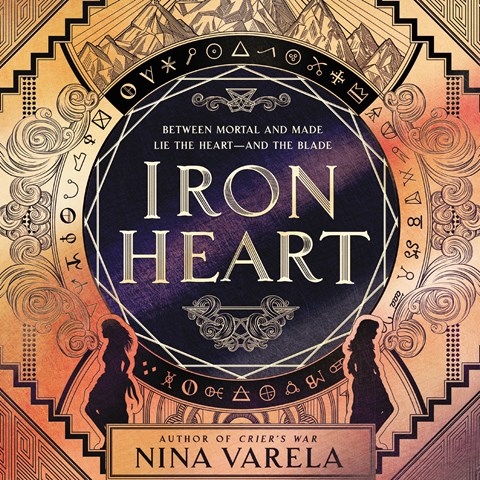 Kim Mai Guest returns to narrate this continuation of CRIER'S WAR, which focuses on two girls who are in love--Ayla, a human, and Crier, the sovereign's daughter, who is from a race referred to as the Automae. Originally a handmaiden to Crier, Ayla has become central to the movement to overthrow the Automae, who are oppressing the humans. Guest adopts a light tone to tell the story generally, but she increases her intensity in the midst of danger and suspense, such as when Ayla discovers the dark secret of the Automae's power. In the special moments Ayla and Crier are able to grab together, Guest creates an atmosphere of secrecy and intimacy. J.E.M. © AudioFile 2021, Portland, Maine [Published: MARCH 2021]