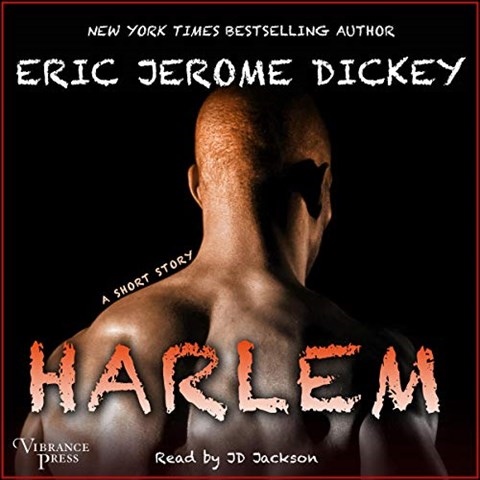 JD Jackson portrays a character named Harlem without overdramatizing the violence and brutality of his life. This subtle approach works. Harlem is a killer who is locked up in a mental hospital. It's strangely compelling to hear his cruel crimes described in such casual--or even sometimes wronged--tones. Jackson's rough-hewn voice is very appropriate. There's nothing soft about Harlem except for the feelings he has for Daphane, a nurse who befriends him. Jackson also is good with supporting characters, including Daphane and Dr. Brewster, a psychiatrist Harlem loathes and would like to kill. This short audiobook is perfect for a commute or walk. Jackson's performance is riveting. G.S. © AudioFile 2021, Portland, Maine [Published: JANUARY 2021]