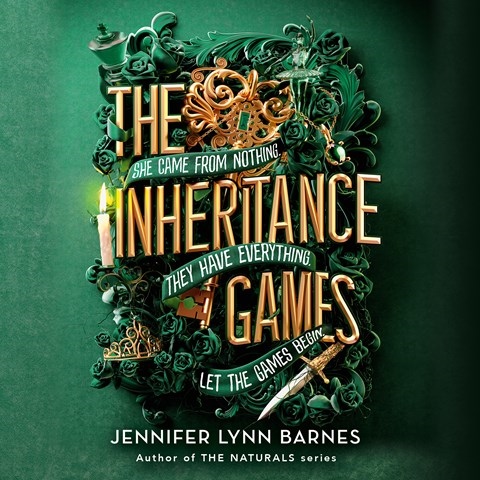 Narrator Christie Moreau portrays Avery Grambs, a precariously housed, puzzle-loving high school student who suddenly finds herself an heiress after a Texas billionaire dies and leaves her (a total stranger) in control of his fortune. As the story unwinds, Moreau convincingly draws from a palette of emotions to portray Avery's shock, suspicion, and eventual seduction as she finds herself forced to live in the late billionaire's mansion alongside his recently disinherited--and, apparently, extremely handsome--teenage grandsons. Moreau's distinct performances of a large cast of supporting characters in this closed-circle mystery are similarly remarkable. While the story's cliff-hanger eventually plateaus, Moreau does her utmost to enliven this somewhat half-baked rags-to-riches teen mystery. G.P. © AudioFile 2020, Portland, Maine [Published: DECEMBER 2020]