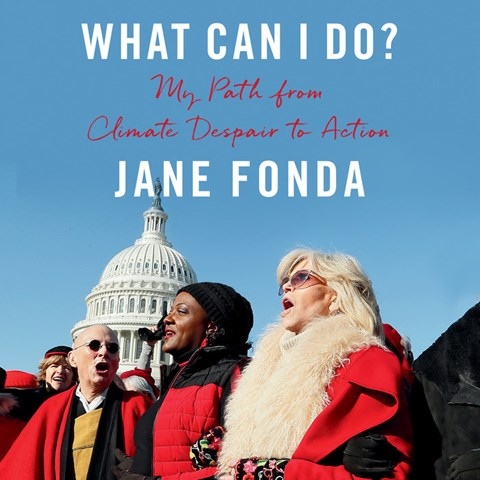 WHAT CAN I DO? My Path from Climate Despair to Action

Jane Fonda does nothing by half. Inspired to protest about inaction over climate change, she didn't demonstrate once or twice. Rather, she helped organize a year's worth of one-day-a-week acts of civil disobedience and education in Washington. This audiobook chronicles those efforts and relates their lessons. Fonda narrates most of the work, and her familiar voice adds an element of intimacy. When recounting incidents of governmental blindness or intransigence, though, her tone is shrill, rather than simply emphatic. The additional narrators cover passages written by others involved in the project. They generally enhance the production, but it is a bit jarring to hear some of those passages written in the third person when the aural clues would indicate it should be first person. R.C.G. © AudioFile 2020, Portland, Maine [Published: SEPTEMBER 2020]