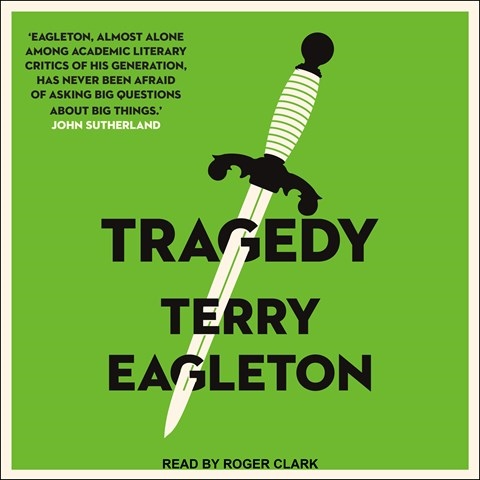 Critic Terry Eagleton's richly detailed and wide-ranging commentary on literary tragedy calls for an attentive ear and a narrator who is clear, steady, and unobtrusive. Irish-American narrator Roger Clark has already performed two of Eagleton's titles. Clark, who studied in the U.K., has a heavy British accent reminiscent of the late actor James Mason. Given a narrative that routinely references names like Sophocles, Racine, and Goethe, he performs as if addressing Parliament. Eagleton is provocative, enlightening, a banquet for the mind. Even so, this is an audiobook that may appeal only to a specialized audience. D.A.W. © AudioFile 2020, Portland, Maine [Published: OCTOBER 2020]