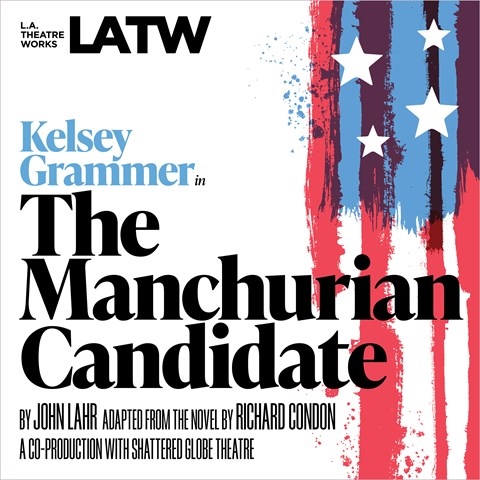 by Richard Condon [Adapt.] | Read by Kelsey Grammer and a Full Cast

In this L.A. Theatre Works update of the Cold War classic, Emmy Award winner Kelsey Grammer gives a natural and nuanced performance. A prodigal son and prisoner of war returns home from the 1991 Gulf War to find his friends treating him like a stranger and his overbearing mother maneuvering his stepfather into a run for the U.S. presidency. As his headaches and dreams get worse, listeners begin to wonder if he could have been brainwashed and programmed to be an assassin. THE MANCHURIAN CANDIDATE stands as a unique mix of cloak-and-dagger thriller and biting political satire. It sounds just as frighteningly relevant today as it did when this full-cast production was recorded before a live audience in Chicago in March 1996. B.P. © AudioFile 2020, Portland, Maine [Published: NOVEMBER 2020]