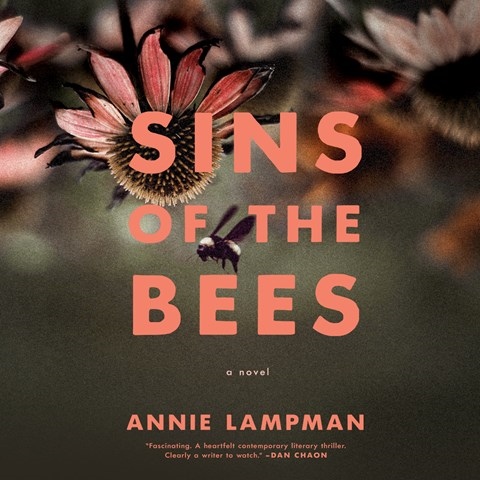 SINS OF THE BEES

Narrator Cassandra Campbell's thoughtful, sensitive voice is a good choice for this introspective novel about a troubled 20-year-old pregnant woman in search of identity--and answers to a troubling mystery. Silva, newly abandoned by the death of her grandfather, leaves his isolated Washington island in search of the grandmother she has never known. In Hell's Canyon she is threatened by the frightening cult that apparently ensnared her grandmother. Campbell's lush narration, especially descriptions of the West's bountiful nature, is gracefully, almost wistfully, presented. Chapters jump between the grandmother in the past and Silva in the present; sadly, Campbell doesn't adequately differentiate between the two women. Secondary characters are given more character, but the descriptions of the natural world are rendered best. N.M.C. © AudioFile 2021, Portland, Maine [Published: JANUARY 2021]