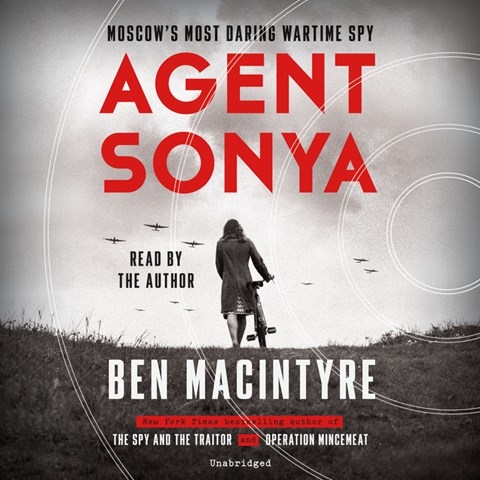 Taking on the added role of narrator, author Ben Macintyre delivers one of this fall's most absorbing and satisfying nonfiction audiobooks. Ursula Kuczynski, code named Sonya, converted to Marxism as a Jewish teenager in Germany during the rise of Nazism. Over the next two tumultuous decades she worked as a covert Soviet agent in China, Poland, Switzerland, and England, where, passing as an ordinary British housewife and mother of three, she transferred crucial atom bomb secrets to the Russians. Macintyre is often compared to spy novelist John le Carré, and in Sonya he offers a protagonist of compelling character, intelligence, and daring who is living out a true-life adventure on an epic scale. A gifted storyteller, Macintyre is also an expert narrator who will hold your interest from start to finish. D.A.W. Winner of AudioFile Earphones Award © AudioFile 2020, Portland, Maine [Published: SEPTEMBER 2020]