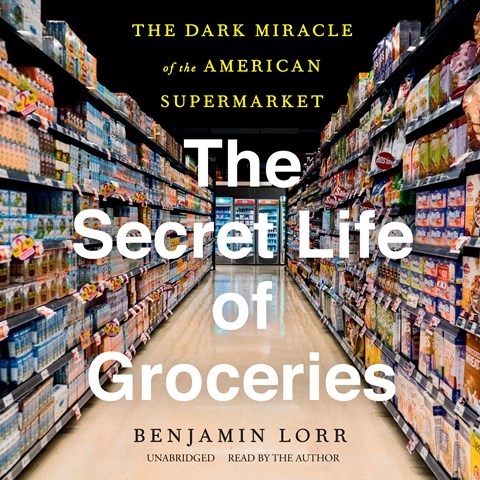 THE SECRET LIFE OF GROCERIES

Benjamin Lorr's awe is still evident in his voice and descriptive words years later as he recalls visiting an American supermarket after living in Kenya. Lorr is often cynical and amazed at the same time as he takes listeners into the workings of the grocery industry. He complains about his local Trader Joe's, but he's obviously fascinated by the chain's history, as told by its founder. The author sounds like a pitchman himself as he talks about the grueling process of getting new items placed on store shelves. In his research, he takes a job at Whole Foods and rides along with a female trucker. Lorr also tells listeners how trafficked migrants may have played a role in bringing their seafood to market. J.A.S. © AudioFile 2020, Portland, Maine [Published: DECEMBER 2020]