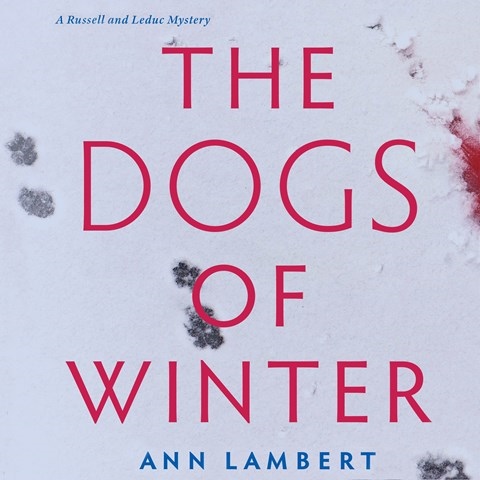 THE DOGS OF WINTER Russell and Leduc, Book 2

Author/narrator Ann Lambert's sequel to THE BIRDS THAT STAY grabs attention from its beginning, when the first blizzard flakes are falling on Montreal, to its chilling conclusion. DI Romeo Leduc and Professor Marie Russell search for the person who murdered several homeless people. When a murdered girl's body is found with a photo in her pocket bearing Leduc's phone number, Marie and Romeo deepen their investigation, which reveals the twisted mind of a killer who preys on the marginalized. Lambert explores violence against the homeless, racially motivated abuse of First Nation people, systemic racism, and police apathy. She delivers visually appealing descriptions of Montreal, believable characters, and authentic-sounding Canadian accents. A fine series, well written and beautifully read. S.J.H. Winner of AudioFile Earphones Award © AudioFile 2021, Portland, Maine [Published: JANUARY 2021]