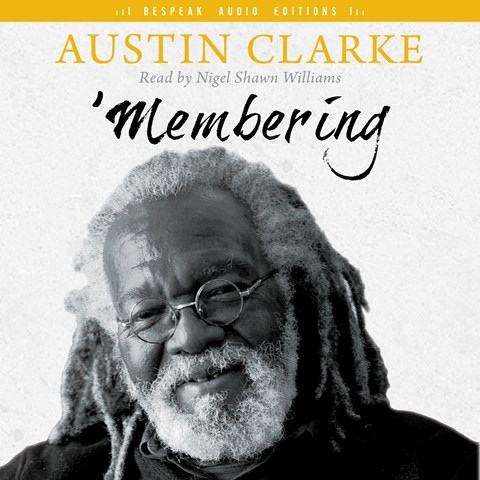 Narrator Nigel Shawn Williams seemingly reanimates the late Barbadian poet Austin Clarke, who spent decades living in Toronto, won Canada's Giller Award, as well as other literary recognition, and was named a Member of the Order of Canada. Williams's Caribbean-inflected speech and deliberate pacing fully deliver Clarke's delight in language as this memoir unfolds--from island childhood through schooling and youthful exploits to academia and his carefully constructed theory of Black English's relationship to colonization. Both Clarke and Williams are supremely fine storytellers, making this audiobook experience rich in both the ears and the mind's eye. From Clarke's reactions to Canada's winter weather to his later awareness of having done damage in his exuberant youth, the stories here will entertain Clarke fans and novices alike. F.M.R.G. Winner of AudioFile Earphones Award © AudioFile 2021, Portland, Maine [Published: MARCH 2021]