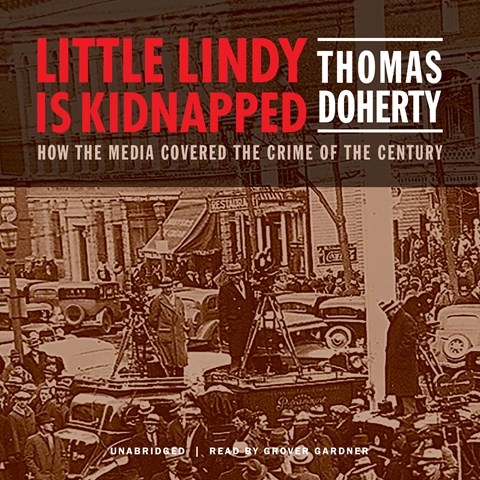 The "Little Lindy" of this audiobook's title refers to 20-month-old Charles Lindbergh, Jr.--son of the famed aviator and his wife, Anne Morrow Lindbergh--who was kidnapped from his crib in 1932. Grover Gardner's breathless narration brings to mind radio personalities like Walter Winchell and Damon Runyon as they kept Americans informed about the investigation of "the crime of the century" and its subsequent trial. The story begins with Lindbergh's ascent to fame in 1927 and ends with convicted kidnapper Bruno Hauptmann's execution in 1936. Author Doherty argues that these events marked radio's emergence, along with newsreels, as mainstays of mass communication 10 years before the advent of television. Both a true- crime story and an exploration of the media's emerging role, this audiobook makes for great listening. L.W.S. © AudioFile 2021, Portland, Maine [Published: FEBRUARY 2021]