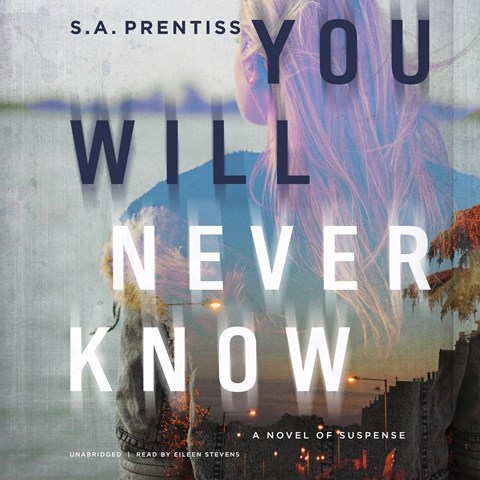 YOU WILL NEVER KNOW

Narrator Eileen Stevens uses an inquisitive and mellow tone in this mysterious audiobook thriller. After a turbulent marriage, Jessica Thornton remarries and starts a new life with realtor Ted Donovan. They each bring a teenager to their blended family, Jessica's daughter, Emma, and Ted's son, Craig. One night, Ted arrives home from a meeting to discover that both teens are missing; they return hours later, acting suspiciously. The next morning the captain of the wrestling team at their school is found murdered. Stevens uses an eerie, slow quality when unfolding the suspenseful plot and a velvety timbre when describing details and hinting at intense secrets. Listeners will be on the edge of their seats. D.Z. © AudioFile 2021, Portland, Maine [Published: MARCH 2021]