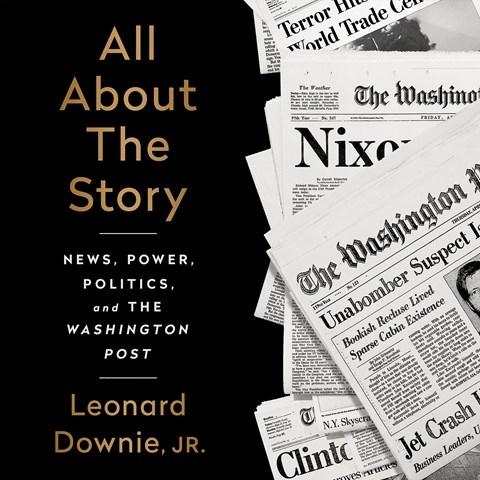 ALL ABOUT THE STORY News, Power, Politics, and the Washington Post

Leonard Downie, Jr.'s excitement at being considered for the managing editor position at THE WASHINGTON POST is evident in narrator Robert Petkoff's voice. This memoir relives major events ranging from the 1968 riots through Watergate and Bill Clinton's affair with Monica Lewinsky--all as seen from the newsroom. Petkoff occasionally makes the former Post executive editor sound giddy, as when he sees his newsroom re-created as a movie set. That's even as he reveals that he avoided forming political opinions to facilitate unbiased reporting. Petkoff brings out his news announcer voice to deliver excerpts from news stories or quotes from political figures. Listeners get a tour of contemporary history, along with dramatic personal experiences such as a mission to Guyana when Jonestown's mass suicides unfolded and an interview with Margaret Thatcher. J.A.S. © AudioFile 2020, Portland, Maine [Published: NOVEMBER 2020]