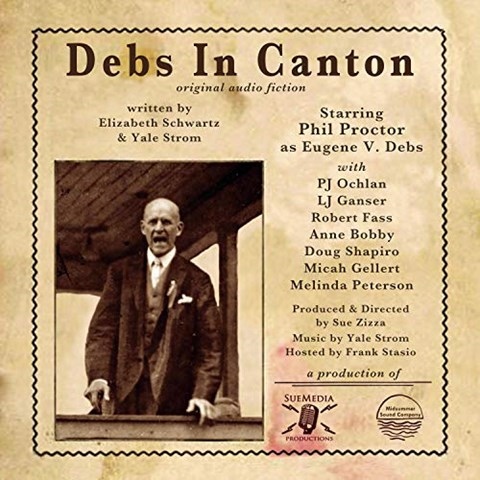 This well-produced radio drama--complete with the ambient sounds of trains, tavern chatter, and the clink of a cell door, as well as tunefully performed rounds of song--contextualizes the personal and political time leading up to socialist activist Eugene Debs's final speech in Canton, Ohio, and his arrest for sedition in 1918. Phil Proctor, as Debs, sounds appropriately gruff and gentle, by turns. The supporting cast of Robert Fass, P.J. Ochlan, L.J. Ganser, Melinda Peterson, Doug Shapiro, Anne Bobby, and the very young Micah Gellert are equally compelling and engaging. This audiobook provides accurate, empathetic, and insightful entertainment in our own politically beleaguered time. F.M.R.G. © AudioFile 2020, Portland, Maine [Published: OCTOBER 2020]