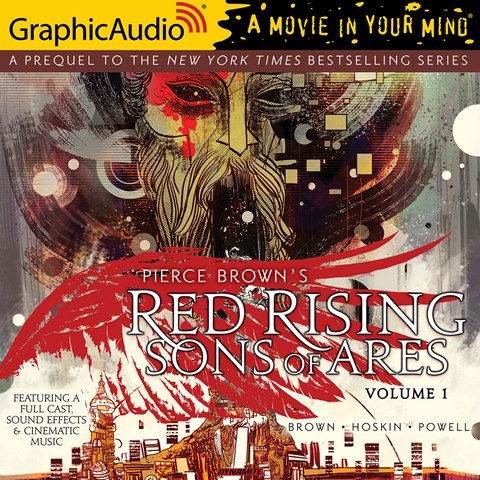 by Pierce Brown, Rik Hoskin | Read by Richard Rohan and a Full Cast

A heart-pounding sci-fi tale of love and vengeance in a stratified society in our solar system is told by narrator Richard Rohan, who portrays Fitchner, a warrior. In a deep voice Rohan tells of a future that prescribes social roles based on the color of one's skin, with Red being the lowest. As chance would have it, Fitchner falls in love, quite forbidden, with the Red Bryn, who is voiced by Jessica Lauren Ball in a lovely Irish lilt. With a narrating ensemble representing characters of every caste, a love story/murder plot develops. Sound effects representing sword fights, graphic violence, and torture intensify the action. The ensemble voice acting is well done, but this prequel should be listened to after the rest of the series. M.B.K. © AudioFile 2021, Portland, Maine [Published: JANUARY 2021]