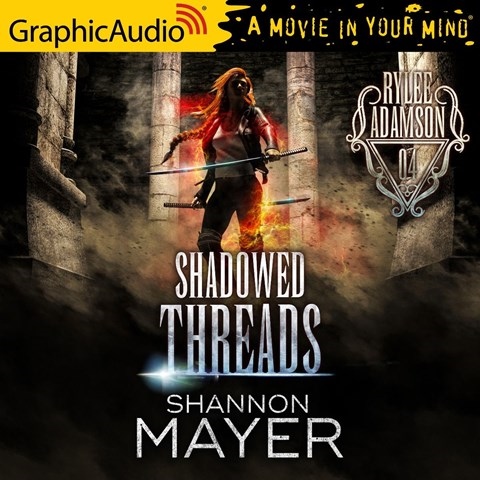 by Shannon Mayer | Read by Nora Achrati and a Full Cast

Rylee Adamson, intrepid tracker, who is voiced by narrator Nora Achrati, is decidedly self-assured. But she's hip-deep in trouble in her fourth adventure as she searches for her friend, Liam O'Shea, across Europe while trying to escape the Beast of Bodmin Moor. Achrati fills Rylee's voice with courage as she and her friends encounter a witch, a harpy, a werewolf, and a dragon while trying to stay out of the clutches of vampires and other scary creatures. Each character is played by a GraphicAudio cast member, and the production includes great music and sound effects. As the action heats up, Achrati increases the tension, especially during the sword fights between humans and magical creatures. M.B.K. © AudioFile 2021, Portland, Maine [Published: APRIL 2021]