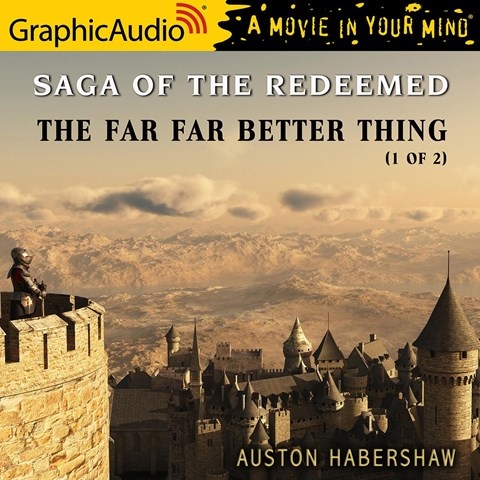 by Auston Habershaw | Read by Ken Jackson and a Full Cast

Ken Jackson takes the lead in narrating the fourth installment of this saga in which war rages in Eretheria. Tyvian Reldama, the ruler of the land, voiced by Bradley Smith, is supposedly dead--but he's not. Instead, he is trapped in an unwinnable war with the vicious-sounding Banric Sahband, portrayed by deep-voiced Michael Glenn. The full cast use a variety of accents--ranging from the Australian accent to crisp British enunciation--to denote class and magical skills. Necromancers and magicians abound, as do ghouls, the undead, and other nightmarish monsters. Dynamically appropriate sound effects of clanging swords and deadly attacks accompany battle scenes, which are ably differentiated by tinkling bells and soft tunes that indicate lulls in the warfare. Those new to the series may find the battle for Eretheria confusing and bloody despite the superb vocal acting by the full cast. M.B.K. © AudioFile 2021, Portland, Maine [Published: APRIL 2021]