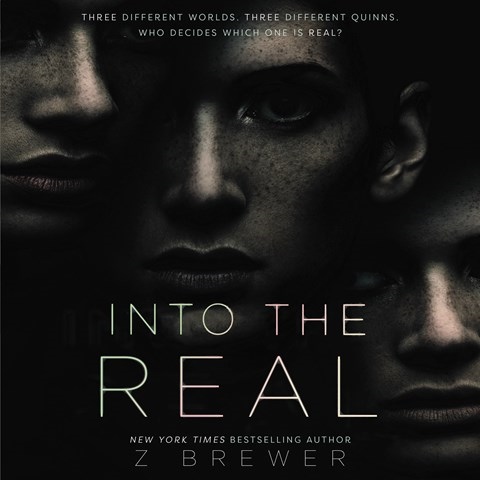 Narrator Dani Martineck captures the horror and suspense in this grim novel about one person caught among three realties. In one, Quinn is captian of the resistence in a brutal war; in another, a teenager trapped at a gay conversion camp; in a third, a genderqueer person in a world full of terrifying monsters. Martineck doesn't alter their voice much as the point of view shifts among the three Quinns, a choice that can be jarring at first. But once Martineck settles into each point of view, their narration is stirring and full of emotion. Listeners are sure to be captivated by their fast-paced voicing of the action sequences, as well as the overarching mystery, intriguing world-building, and themes of shifting identity and self-discovery. L.S. © AudioFile 2021, Portland, Maine [Published: JANUARY 2021]