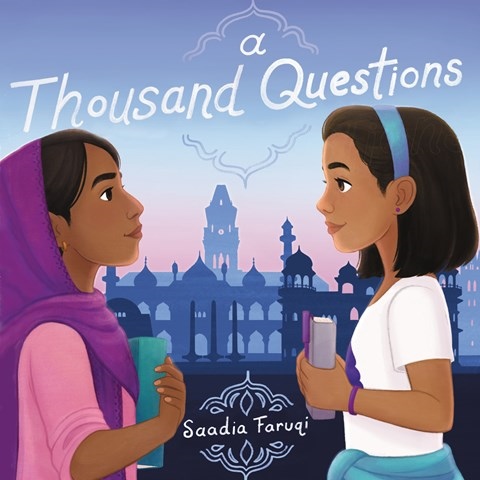 The personalities and perspectives of two 11-year-old girls are portrayed in alternating chapters narrated by Gail Shalan and Reena Dutt. Shalan portrays biracial Mimi, who has just arrived to spend the summer at her grandmother's home in Karachi, Pakistan. Shalan reveals Mimi's confusion in journal entries to her estranged white father. As the summer unfolds, she experiences her mother's growing emotional distance and her grandmother's harsh and haughty attitude. Reena Dutt delivers the chapters of Sakina, a servant in Mimi's grandmother's home. Her heavily accented narration highlights cultural, economic, and language differences. Sakina views Mimi as spoiled, worries about her father's ill health, and works to improve her English to get into school. After initial friction, the two girls find common ground and, finally, friendship. S.W. © AudioFile 2020, Portland, Maine [Published: DECEMBER 2020]