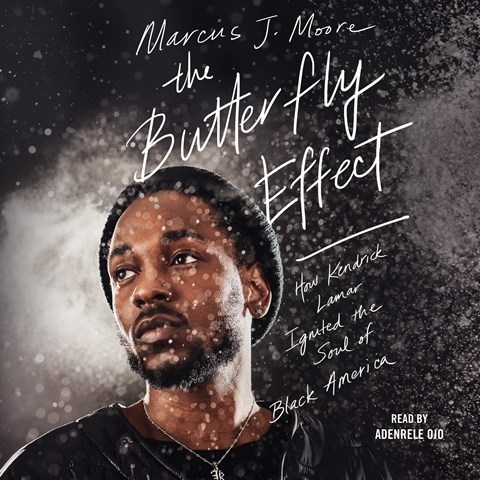 Music critic and journalist Marcus J. Moore chronicles the meteoric rise and cultural impact of Compton-born rapper Kendrick Lamar in exhaustive detail. Narrator Adenrele Ojo does a credible job keeping the energy up as Moore traces Lamar's roots on the West Coast through his early projects and his commercial and critical success. Fans of Lamar and of music theory are likely to enjoy the in-depth exploration of how his musical influences developed, while others may prefer the connection of themes in his music to struggles facing Black Americans historically and today. However, despite Ojo's best efforts and smooth, warm tones, the pacing sometimes sags under the weight of commentary on Lamar's musical acumen and acclaim. N.M. © AudioFile 2021, Portland, Maine [Published: MARCH 2021]