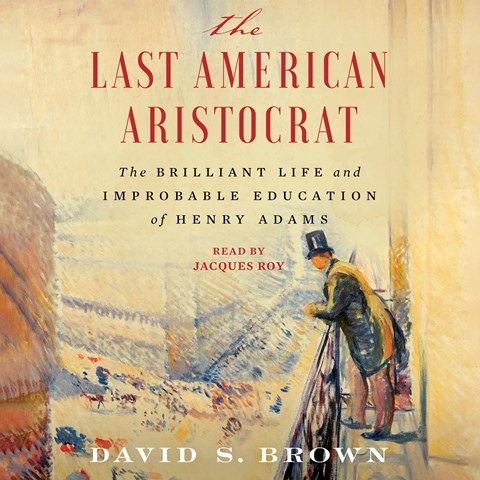 Jacques Roy's fine narration of Brown's excellent biography of historian Henry Adams is commendable on every scale, a model of pacing, expression, and tone. It's no fault of the biographer or narrator that Adams turns out to be not as attractive a personality as his reputation in American letters would have led you to expect. Grandson of one American president and great-grandson of another, his is the last stage in a family saga that spans a century and a half of America's most formative years. He's the one who wrote history, rather than made it. Together, biographer and narrator make fascinating a man who was, in life, a constricted, bigoted, and, in many ways, unsympathetic figure. D.A.W. © AudioFile 2021, Portland, Maine [Published: JANUARY 2021]