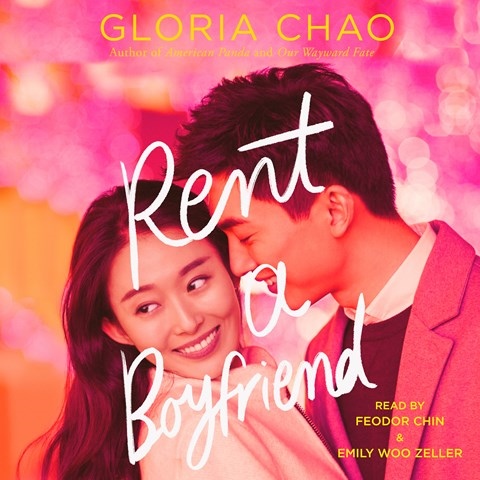 Emily Woo Zeller and Feodor Chin narrate an affecting story about balancing identity and family. In a moment of desperation, Chloe Wang hires a fake boyfriend to bring home over break; when Chloe and Drew start to develop real feelings for each other, things get complicated. Both Zeller and Chin show deep compassion for Chloe and Drew, and their complicated family situations. They lean into the story's frequent humor but never at the expense of the characters. Zeller, in particular, is nuanced in her portrayal of Chloe, a young woman struggling with her desire to be her true self without breaking family bonds. Chin initially depicts Drew as laid-back and carefree, but as his past is revealed, the pain that is always below the surface becomes obvious. K.M.P. © AudioFile 2020, Portland, Maine [Published: DECEMBER 2020]