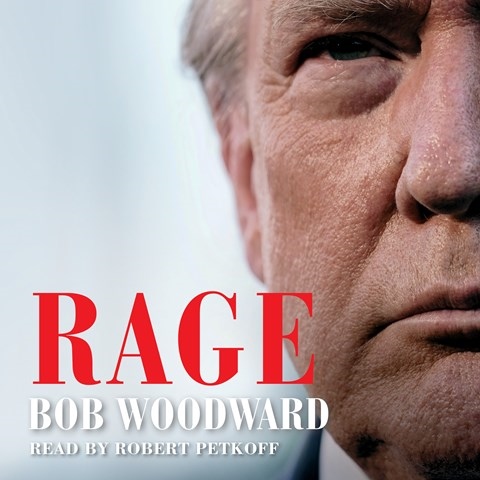 RAGE, a remarkably current and informative audiobook about Donald Trump’s presidency, is critical of the job he has done. “Trump,” concludes its author, “is the wrong man for the job.” Narrator Robert Petkoff's tone is conversational, and he doesn’t attempt to mimic either the author or his subject, allowing the material to speak for itself. And what rich material it is, based on 19 interviews Woodward conducted with the president, along with current and past members of his inner circle, as well as a trove of documents. Of particular interest may be Trump’s varied responses to COVID-19—but there are also insights into his views on China, North Korea, racial unrest, the men who once worked for him such as Jim Mattis and Dan Coats, and, of course, his own legacy. This is an absorbing audiobook that will keep listeners tuned in regardless of how much they think they know about the past four years. L.W.S. 2021 Audies Finalist © AudioFile 2020, Portland, Maine [Published: OCTOBER 2020]