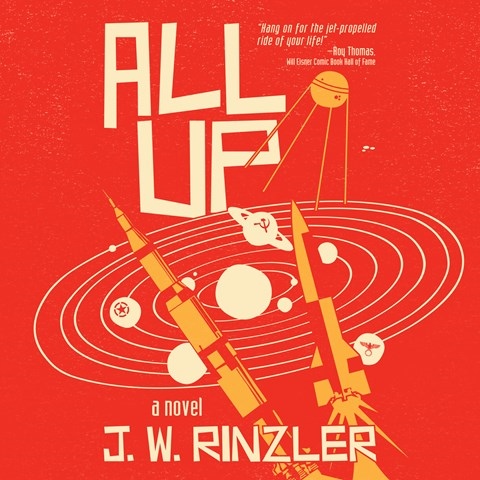 Paul Woodson's rapid-fire delivery of this nail-biting work of speculative fiction follows the race to develop rockets and space exploration by way of WWII and Hitler's rise to power. Woodson deftly navigates a melting pot of accents--often within the same scene--to depict major aerospace engineers Wernher von Braun from Germany, Sergei Korolev from Soviet Russia, and the U.S.A.'s own Robert Goddard, to name a few. Thanks to Woodson's crisp enunciation, their accents are present but do not overshadow or impede the listening experience. As Rinzler carries listeners through the brutal intrigue and espionage surrounding the development of space-age technology right up to the Apollo 11's moon mission, Woodson gives the text just the right touch. E.E. Winner of AudioFile Earphones Award © AudioFile 2021, Portland, Maine [Published: FEBRUARY 2021]