Home»Reviews»THE AUTOBIOGRAPHY OF A HUNTED PRIEST 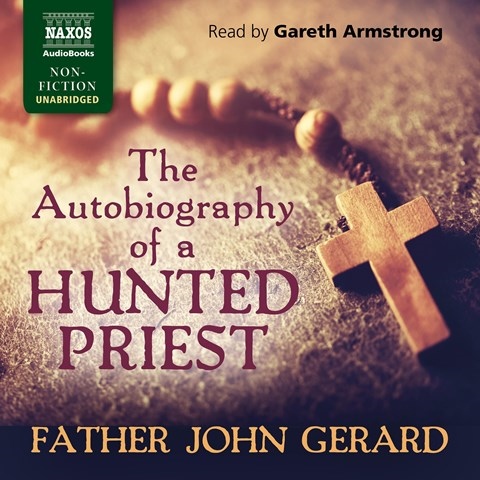 THE AUTOBIOGRAPHY OF A HUNTED PRIEST

British actor Gareth Armstrong brings to life the story of Jesuit priest John Gerard (15641637) who is hunted throughout Elizabethan England during the Protestant Reformation. Armstrong delivers a powerful performance as he shares Father John Gerard's account of hiding from priest hunters, being imprisoned in chains, and having his faith disparaged at every turn. As he recounts harrowing days trapped behind hidden panels in homes and his triumphant conversions of "heretics," Armstrong's narration keeps listeners thoroughly engaged. The Elizabethan English can be confusing at times, but Armstrong makes it accessible and allows listeners to sigh with relief at Father Gerard's tense escapes. V.B. © AudioFile 2021, Portland, Maine [Published: JANUARY 2021]