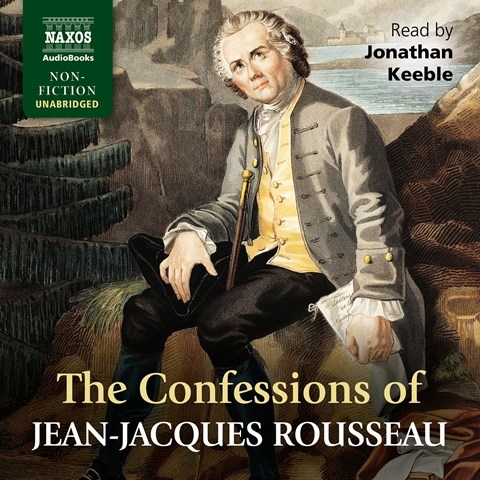 THE CONFESSIONS OF JEAN-JACQUES ROUSSEAU

Judging by his own account, Rousseau must have been a difficult man to know. Irritable, paranoid, and egomaniacal, he is nonetheless portrayed on his own terms by narrator Jonathan Keeble in this audio version of one the first autobiographies. It would be easy to dismiss many of Rousseau's claims about his former friends conspiring against him, or to tone down his anger, or to exaggerate to the point of parody his irritation with humanity's inability to live up to his standards. Keeble, however, simply takes the man as he was, and as he attempts to present himself in this work. There is some question as to the absolute truth of what Rousseau wrote, but not of the truth of this performance. D.M.H. © AudioFile 2021, Portland, Maine [Published: MAY 2021]