Home»Reviews»TEN DAYS THAT SHOOK THE WORLD 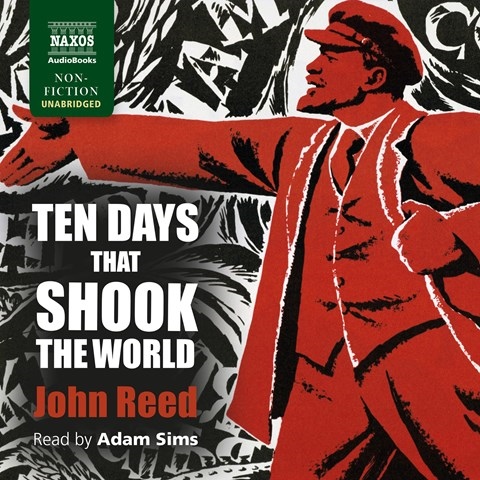 TEN DAYS THAT SHOOK THE WORLD

Adam Sims gives a splendid reading of Reed's classic account of the seizure of power in Russia by the Bolsheviks in 1917. Reed, an American journalist who was sympathetic to the Bolsheviks, presents a detailed account of these events, which set in motion the dictatorship of the proletariat. Reed himself died in Soviet Russia and is buried in the Kremlin wall. Those who know something of Russian history will realize that so many of the people whom Reed mentions in this account were later consumed by the revolution, which they put into motion. Sims's baritone is a good match of text and voice. He is suitably expressive but not overly dramatic. His pacing is somewhat staccato--almost strident in places. M.T.F. © AudioFile 2021, Portland, Maine [Published: APRIL 2021]