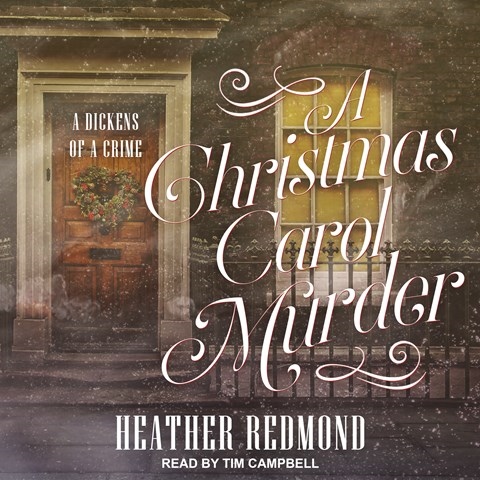 A CHRISTMAS CAROL MURDER A Dickens of a Crime, Book 3

In December 1835, Jacob Harley falls to his death from an upper-story window with chains around his neck. He lands right in front of journalist Charles Dickens and his fiancée, Kate Hogarth. Charles decides to investigate the case while he is dealing with the claim that he is the father of a 4-month-old illegitimate boy, a situation that has the potential to destroy both his love life and his career. Narrator Tim Campbell portrays the audiobook's diverse characters, including some from different areas of the United States, using effective accents and voices that are easily understandable. He especially shines in his voicing of the elderly, sick Mr. Screws. With his good expression, Campbell enhances this audiobook. V.M.G. © AudioFile 2020, Portland, Maine [Published: NOVEMBER 2020]