Home»Reviews»THE DEVIL AND THE DARK WATER 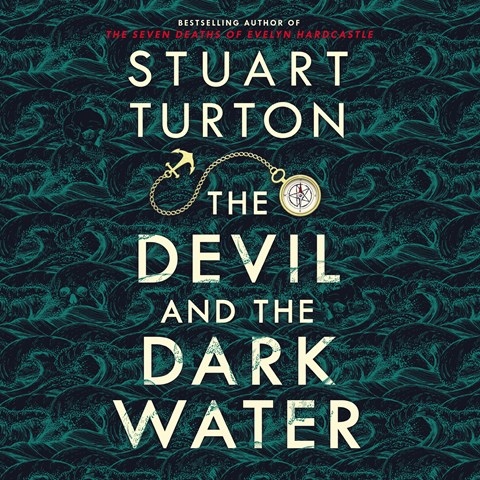 THE DEVIL AND THE DARK WATER

Julian Rhind-Tutt's melodious British accent cloaks this enigmatic tale with bone-chilling terror as the Devil, known as "Old Tom," stalks the United East India Company's galleon SAARDAM on its eight-month voyage from Indonesia to Amsterdam in 1634. Samuel Pipps, detective, is being transported to Amsterdam, to be tried. Also aboard are Pipps's assistant/bodyguard, Arent Hayes, a number of passengers, and the crew, whom Rhind-Tutt subtly differentiates with Dutch and English accents. Upon the ship's departure from port, Rhind-Tutt slowly and inexorably unfurls descriptions of murders and mayhem, his calm voice contrasting with the growing terror aboard the accursed ship laden with a fortune in spices and luxury goods. Arent, following Pipps's directions, untwists the devilish plot. An interview with Stuart Turton follows the conclusion. M.B.K. © AudioFile 2021, Portland, Maine [Published: FEBRUARY 2021]