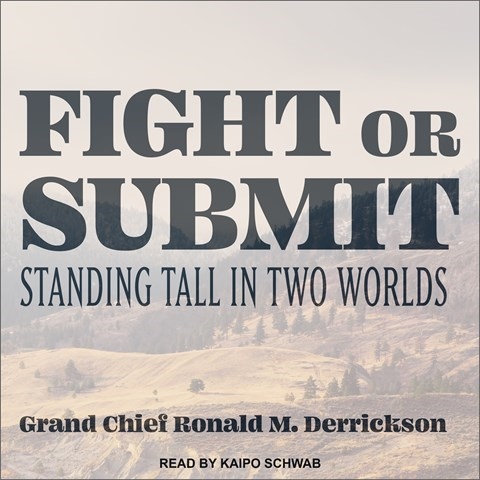 Narrator Kaipo Schwab becomes the author, Grand Chief Ronald M. Derrickson, as he describes his life and accomplishments as the leader of the Westbank First Nation and the Union of British Columbia Indian Chiefs. As a businessman and chief, Derrickson has increased his tribes' wealth and position more than 3,500% since the 1970s through leasing and logging rights and through the renegotiation of treaties with Canada. Schwab narrates steadily, drawing listeners in as he recounts history, smoothly shifts from English to Indigenous intonation, and tells tales of the Okanagan, Syilx, Westbank band, and other Indian nations. Schwab's performance brings forth Derrickson's business acumen and assertive dealings with government officials. In Derrickson's words, Schwab energetically recounts First Nations' history and role in the development of British Columbia. M.B.K. © AudioFile 2021, Portland, Maine [Published: FEBRUARY 2021]