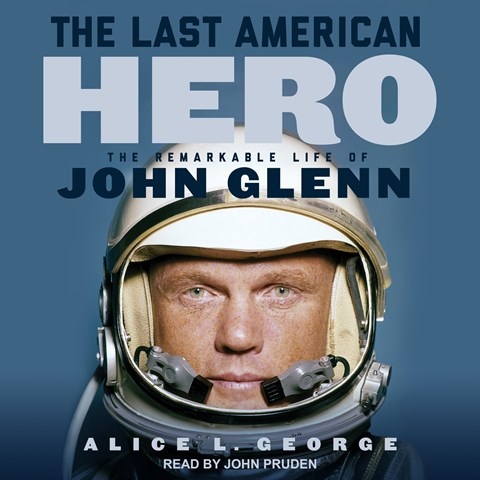 THE LAST AMERICAN HERO The Remarkable Life of John Glenn

John Pruden's performance is welcoming yet authoritative, a perfect fit for this biography of astronaut John Glenn. George's audiobook frames Glenn's life comprehensively, covering his time at NASA, his political career, and his triumphant return to space at age 77. The audiobook captures the thrilling moments of Glenn's historic Earth orbit as Glenn describes his views of outer space to NASA's Mission Control, and to the millions of people on Earth who were following his journey in real time. George doesn't downplay Glenn's missteps, including his ultimately failed 1983 campaign for the presidency. The title's reference to heroism is key, capturing the public's deep relationship with Glenn and his lifelong public persona. Pruden's voice throughout is no-nonsense and engaging, capturing the essence of Glenn's life. S.P.C. © AudioFile 2021, Portland, Maine [Published: MARCH 2021]