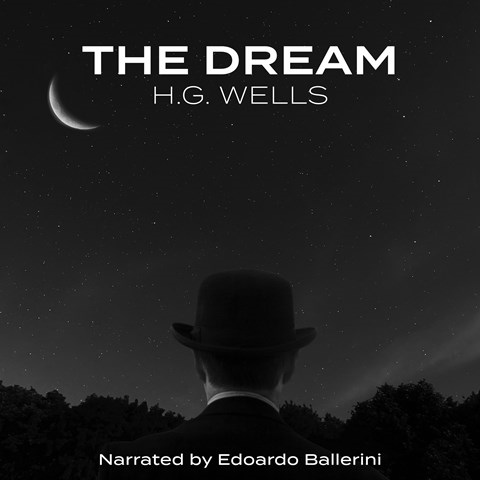 There's amazement in Edoardo Ballerini's voice as he narrates this novel written by Wells in 1924. Its protagonist, Sarnac, who lives in a utopian future, shares details of the strange dream he has with companions he is traveling with. As he sleeps, Sarnac lives the entire life of another person, Harry Mortimer Smith, in the Edwardian and Victorian periods. In it Smith finds himself dealing with an ill-fated marriage and its consequences. The period in which Smith lives is characterized as an era fraught with social problems that will eventually be solved by science and technology, with the result being the utopian future in which the novel opens. Ballerini plays up the melodrama of Wells's story, but there are also moments of satiric playfulness. Listeners could find themselves hooked, wondering what happens next as Ballerini projects the same excitement and curiosity heard in the voices of Sarnac's companions. J.A.S. © AudioFile 2021, Portland, Maine [Published: MARCH 2021]