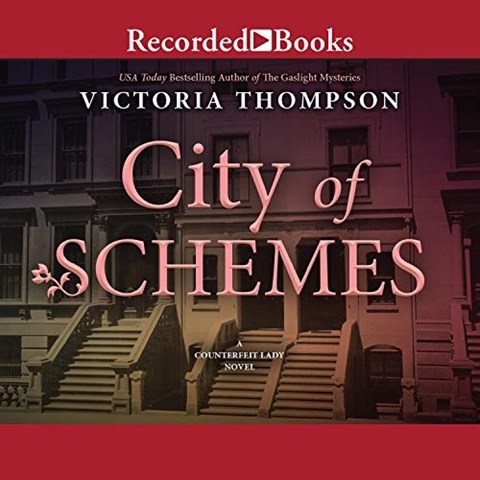 Listeners are treated to three major con games as Elizabeth Miles and her grifter family mete out justice to malefactors who have escaped the legal consequences of their sins. As narrated by Kate Forbes, this audiobook will immerse listeners in the New York City of 1920 and the Knickerbocker set of social elites. Despite the complexity of multiple con jobs, the narration ensures that listeners will have no difficulty in following the details but will still be surprised by the ending. Forbes excels at using authentic-sounding accents to portray characters who include French and German refugees, an English earl, and upper-crust New Yorkers. In addition, Forbes's portrayal of the villain sounds truly sinister. When each con succeeds at catching its mark, listeners will want to cheer. V.M.G. © AudioFile 2021, Portland, Maine [Published: MARCH 2021]