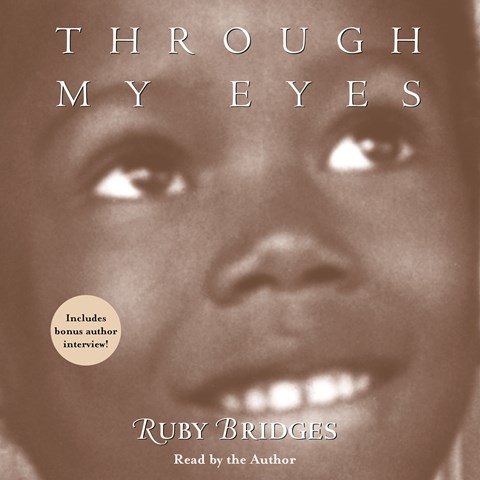 THROUGH MY EYES: RUBY BRIDGES

In 1960, a riveted nation watched 6-year-old Ruby Bridges enter a New Orleans public school as its first and only Black student. Ruby Bridges, Ron Butler, and Robin Miles narrate Bridges's memoir, written in 1999. Butler and Miles deliver passages offering context and contemporaneous accounts. Bridges recounts her personal remembrances. Her measured pace gives listeners time to process the immense ramifications and dangers inherent in school integration. A deeply religious person, Bridges never displays a trace of bitterness. She even exudes amusement while telling how she innocently jumped rope at home to the chant she heard each day: "Two-four-six-eight, We don't want to integrate." She had no idea what it meant. Music sets the mood between chapters. New content includes a recent interview with Bridges. L.T. © AudioFile 2020, Portland, Maine [Published: DECEMBER 2020]