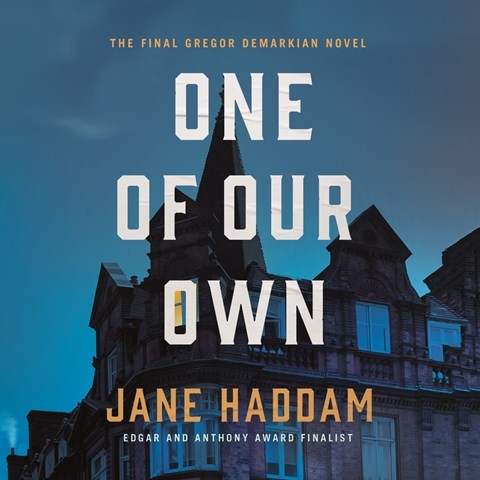 ONE OF OUR OWN

Narrator David Colacci returns to perform the final Gregor Demarkian novel, completed before the author's death in 2019. This multilayered audiobook featuring a former FBI agent, his wife, and his neighbors, who live in a Philadelphia Armenian-American community, focuses on several sociocultural issues and a murder while bringing the series to a satisfying end. Colacci's deep voice and thoughtful pacing capture the best in this character-driven story, helping listeners feel at home in Demarkian's neighborhood and keeping them engaged with the mystery. He successfully employs a variety of understated accents and vocal tics to enliven the dialogue and differentiate the wide range of characters, including city police detectives, the elderly Marta Warkowski, a shady real estate magnate, the Spanish-speaking Father Alvarez, and Demarkian's many Armenian friends. C.B.L. © AudioFile 2021, Portland, Maine [Published: JANUARY 2021]