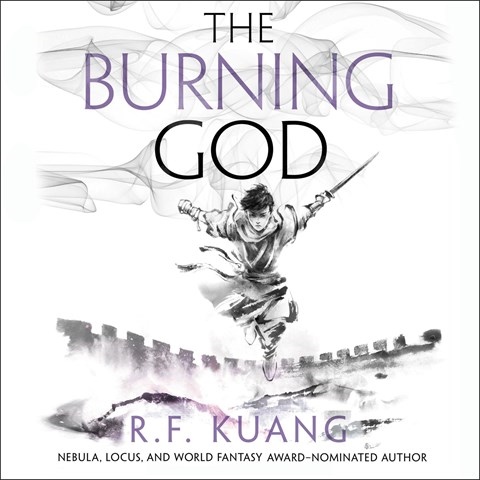 Narrator Emily Woo Zeller expertly delivers the dark climax to the Poppy War series. Despite several betrayals and sacrifices, Rin pulls together a coalition to take Nikan back from the Dragon Republic and the Hesperians. Forming a risky alliance brings with it the unpredictable powers of the gods, including the phoenix that desires to burn everything indiscriminately. Zeller fiercely depicts the brutality of war, commanding listeners' attention throughout with visceral passion that engrosses them in Rin's triumphs, overconfidence, devastation, and slip from sanity. The plot is precisely paced to build momentum and rising tension, and listeners will be hard-pressed to pause before the series reaches its gripping conclusion. A.K.R. Winner of AudioFile Earphones Award © AudioFile 2021, Portland, Maine [Published: JANUARY 2021]