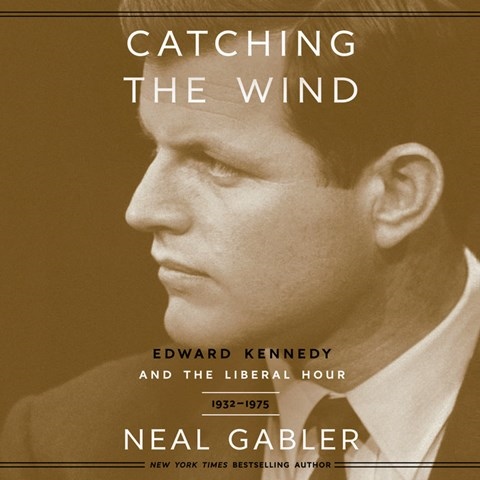 CATCHING THE WIND Edward Kennedy and the Liberal Hour, 1932-1975

Joe Barrett's commanding performance captures the complicated and flawed life of Edward Kennedy. The senator remains most widely known for his work as a liberal politician and for being responsible for the drowning death of a young staffer. Gabler's exhaustive audiobook serves both as a detailed portrait of the man and a history of U.S. policy from his viewpoint. Listeners hear about his difficult childhood, his complicated relationship with brothers Jack and Bobby, and his eventual political successes. Tragedy and failure are prominent, and Barrett doesn't flinch, maintaining a clear narrative throughout Kennedy's highs and lows. Barrett's performance conveys the learned experience of a man whose life impacted so many; it's a rewarding listening experience. S.P.C. Winner of AudioFile Earphones Award © AudioFile 2021, Portland, Maine [Published: MARCH 2021]