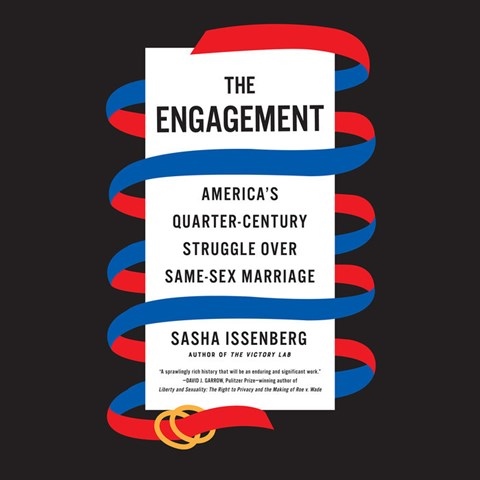 Journalist Sasha Issenberg's history of the political and cultural fight Americans mounted for and against same-sex marriage laws becomes compelling listening through Graham Halstead's narration. The issue was raised on the backs of couples caught in the AIDS epidemic and cultural conservatives seeking to push back against perceived anti-evangelical legal developments. Halstead gently accents direct quotes from politicians who have regional accents, such as Bill Clinton, and alters his pace to match the speaking styles of others, such as Barack Obama. Otherwise, he can be heard to chuckle at some of the peculiar side notes this culture clash roused. Overall, his narration gives one the sense of hearing an engaged and well-informed speaker sharing the many surprising twists in this exhaustive, but not exhausting, history. F.M.R.G. © AudioFile 2021, Portland, Maine [Published: JULY 2021]