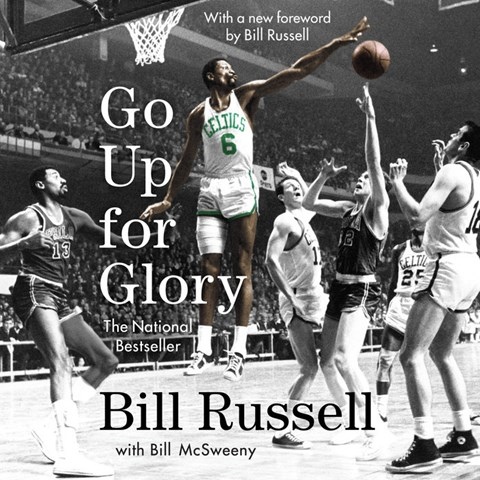 GO UP FOR GLORY

The reissue of basketball star Bill Russell's memoir on audio will remind listeners that he was a champion of racial justice when few discussed the topic, and certainly not with his candor. Narrated by JD Jackson, who sounds like Russell, even down to his uniquely patient style of speaking, the book is as timely now as when it was first released in 1968. Whether addressing the racism he initially faced as the lone Black on the Boston Celtics or the difficulties he encountered in college and as a sports pro, Russell confirms that he was a game changer, and Jackson's performance highlights the traits that made him so. Listeners will believe they are hearing Russell himself because of his timeless insights and Jackson's genuineness. D.J.S. © AudioFile 2021, Portland, Maine [Published: JANUARY 2021]