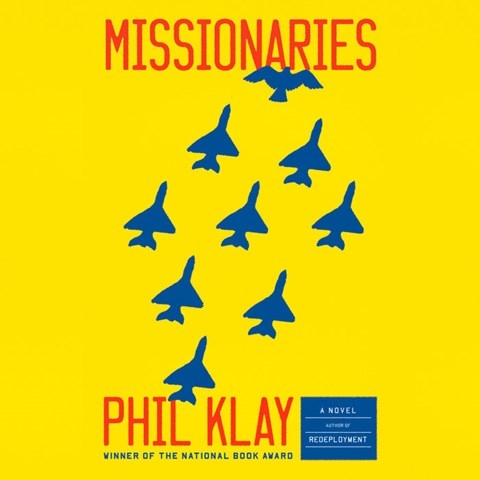 MacLeod Andrews, Cynthia Farrell, Henry Leyva, and Anthony Rey Perez each narrate a unique point of view in a novel that focuses on modern warfare, mostly in Colombia. The first-person perspectives feel like eavesdropping in a confessional. The narrators pull from a deep well of emotion as no character in this audiobook remains unscathed by the horrors of war. While each narrator brings his or her character to life, it is Farrell who shines as she portrays the lone female character, whose story begins in Afghanistan and ends in Colombia, with a few stops along the way. Farrell slips in and out of accents and changes genders so fluidly that one can imagine her narrating the entire book. This audiobook is not for the faint of heart, but fans of historical fiction will love it. A.R.F. © AudioFile 2020, Portland, Maine [Published: NOVEMBER 2020]