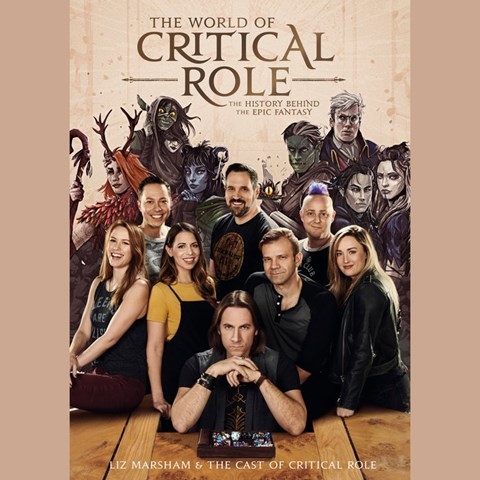 THE WORLD OF CRITICAL ROLE The History Behind the Epic Fantasy

Mary Elizabeth McGlynn delivers a charismatic narration of this examination of the popular Dungeons & Dragons livestream by the cast of Critical Role. This extensive audiobook chronicles the cast from their beginnings as voice actors to their current status as the world's most popular fantasy role-playing group, including comprehensive background on each actor and each character they portray in both campaigns. Having been a guest on several episodes, McGlynn's familiarity with the mannerisms of the actors and the characters they portray is invaluable, and her spot-on emulations cover a wide range of tones and accents. Her enthusiasm makes for an exciting listening experience that is perfect for nostalgic Critical Role veterans and new fans curious about their legacy. A.K.R. © AudioFile 2021, Portland, Maine [Published: JANUARY 2021]