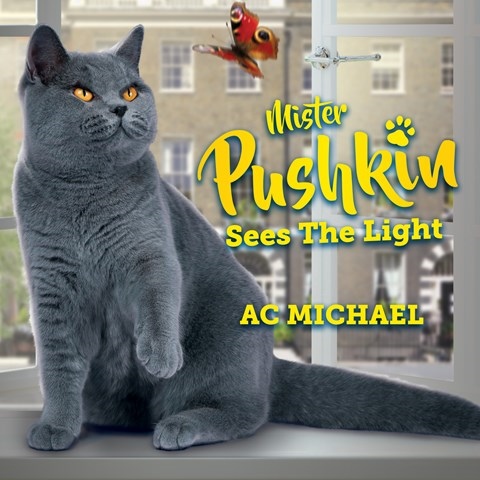 Narrator Rachael Hilton introduces the lively world of Mr. Pushkin, a Russian Blue cat with blue fur and golden eyes. He and his owner, Klem, live in London. While Klem tries to meet the demands of Ruth, his bossy secretary, his cat has thrilling adventures and enjoys luscious meals of salmon and milk. Hilton’s verbs, such as “growled” or “groaned,” are reflected in her timbre; her bird calls sound authentic; and the sound of the doorbell is realistic. Most hilarious is the scene in which Mr. Pushkin puts a “gift” in Ruth’s shoe when she intentionally mispronounces his illustrious name. The scene includes his sighs of relief when he narrowly escapes being caught in the act. While this audiobook is suggested for young listeners, those of all ages will enjoy spending time with Mr. Pushkin. S.G.B. © AudioFile 2021, Portland, Maine [Published: JANUARY 2021]