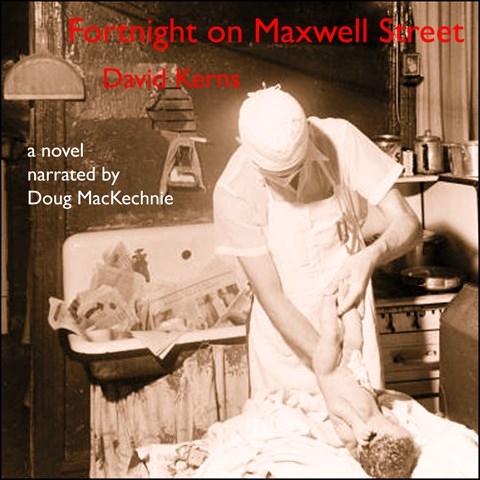 Narrator Doug MacKechnie introduces Nick Weissman and his Northwestern University medical school classmates, who spend two weeks in 1968 working for the Chicago Maternity Clinic. Listeners will be awed and shocked as Weissman and a midwife journey around one of Chicago's most dangerous areas to deliver babies for the very poor. They use kitchen tables, newspapers, sheets, and towels from the household. A backstory about Martin Luther King, Jr.'s, assassination adds historical context. MacKechnie captures members of Weissman's Jewish family and, later, 14-year-old Blossom, who delivers twins. Most memorable is Chesterfield-smoking Dr. Teresa Butler, Weissman's strong-willed supervisor. Audio is a must for traveling every step of the way with Kerns's novel, which is based on his own own experiences. S.G.B. Winner of AudioFile Earphones Award © AudioFile 2021, Portland, Maine [Published: JANUARY 2021]