Home»Reviews»WHY SHOULD WHITE GUYS HAVE ALL THE FUN? 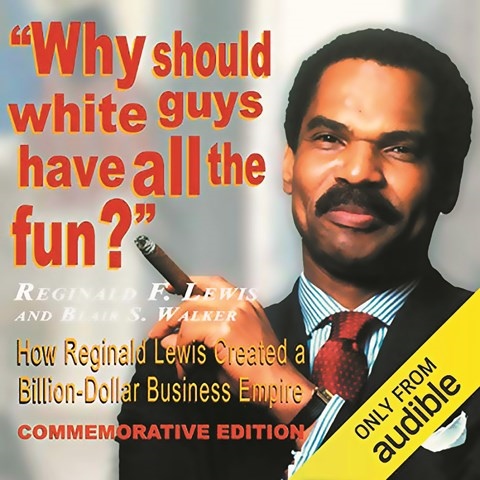 WHY SHOULD WHITE GUYS HAVE ALL THE FUN? How Reginald Lewis Created a Billion-Dollar Business Empire

Narrator JD Jackson brings in a hint of Reginald F. Lewis's excitement as the financier tells how he punched the air in celebration upon closing his deal to acquire Beatrice International in 1987. Mostly, though, Jackson keeps to a steady pace as he builds his portrait of the Black man who made what was, at the time, the largest leveraged offshore buyout in history. Listeners are then taken back to Lewis's beginnings in Baltimore, with Jackson putting a tone of fond remembrance into his voice. His portrayals of the people around Lewis show their admiration for his intelligence and work ethic. Listeners occasionally share Lewis's frustration over earlier failures in business and his enjoyment of a cigar or champagne. Always, listeners sense the fascinating life behind that headline-making deal. J.A.S. © AudioFile 2021, Portland, Maine [Published: FEBRUARY 2021]