Home»Reviews»POPPY REDFERN AND THE FATAL FLYERS 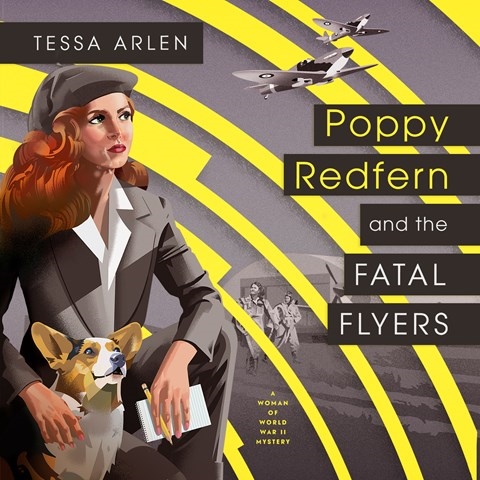 POPPY REDFERN AND THE FATAL FLYERS

Listeners learn about propaganda and the women who ferried planes to bases during WWII as Poppy Redfern is recruited to write a filmscript about the Air Transport Auxiliary (ATA). As narrator Madeleine Leslay gives listeners a tour of the ATA and the English countryside, the locales and characters become real to listeners. Just as the film crew is wrapping up its promotional production, the star pilot crashes in a Spitfire, and Poppy suspects it was no accident. This audiobook includes many regional accents, both British and American, that are a challenge for any narrator to tackle. Though Leslay doesn't quite sell all her American accents, she succeeds overall. V.M.G. © AudioFile 2020, Portland, Maine [Published: DECEMBER 2020]