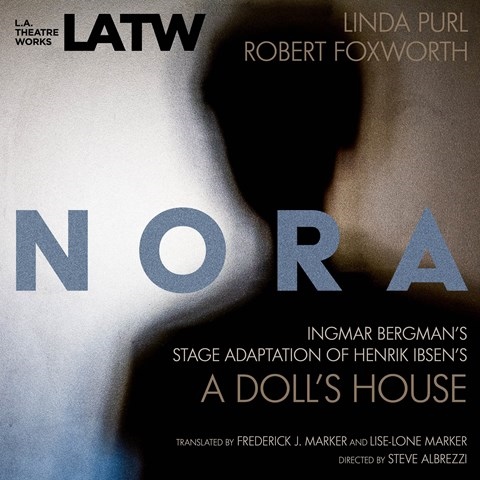 Actress Linda Purl shines as the title character leading a fine Hollywood cast in this L.A. Theatre Works 1997 live performance of Swedish film director Ingmar Bergman's penetrating adaptation of A DOLL'S HOUSE, by nineteenth-century Norwegian playwright Henrik Ibsen. The original three-act play made quite a worldwide splash in 1879, as it suggests that women might have lives and thoughts, and even borrow money outside their husbands' purview. Purl absolutely nails Nora's final declaration to her husband, Torvald, played by the late David Dukes. Her plea that she can no longer be treated like a toy in a doll's house is one of greatest theatrical monologues of all time. B.P. © AudioFile 2021, Portland, Maine [Published: JANUARY 2021]