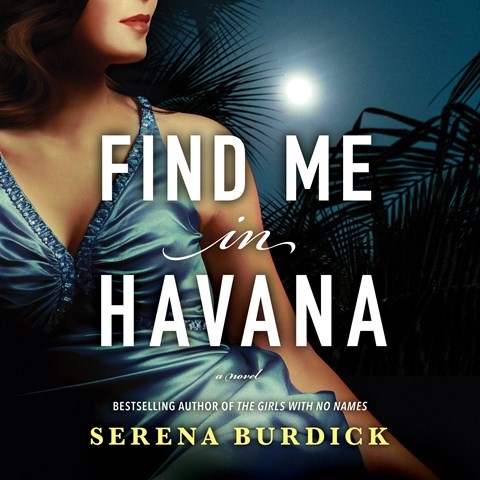 FIND ME IN HAVANA

Marisol Ramirez and Frankie Corzo alternate narrating as mother and daughter in this drama based on true events. Ramirez displays her range as Estelita, an actress who perseveres through many hardships, only to meet an untimely death. Her daughter, Nina, reflects on their complicated relationship--the two were often separated by acting assignments and Estelita's multiple marriages. While processing her grief, Nina uncovers her mother's sacrifices for her dream. As Nina, Corzo sounds younger, her higher pitch and flatter speech devoid of the rolling r's and rhythmic intonation she associates with her mother's Cuban accent. Ramirez uses a flirty tone to show Estelita exercising her feminine wiles to escape bad situations. Distraught yells and strangled cries from both talented narrators capture the novel's recurring element of danger. A.L.C. © AudioFile 2021, Portland, Maine [Published: FEBRUARY 2021]