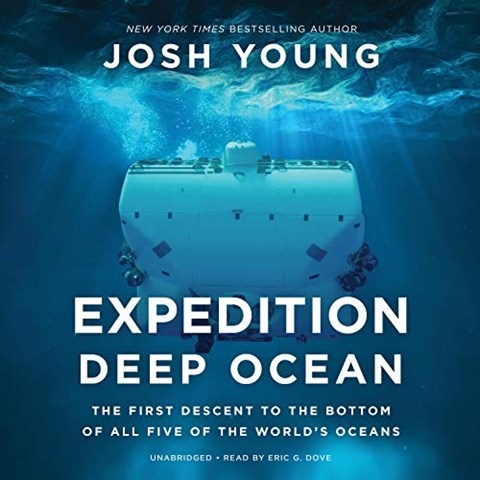 This audiobook recounts the true story of the Five Deeps Expedition of 2019-2020, a quest launched by equity investor and well-known explorer Victor Vescovo. The goal was for a manned submersible to reach the deepest points of the Earth's five oceans, with side trips to the TITANIC, the Horizon Deep, the Challenger Deep, the Sirena Deep, and the Diamantina Fracture Zone. The mission was a spectacular success, though there were many troubles along the way, both technological and interpersonal. Narrator Eric Dove sounds like a businessman himself--highly articulate and well paced. Various nationalities were involved, and Dove uses accents effectively and smoothly. Most of the narrative deals with the business side of the enterprise, though the scientific discoveries are also described. This is true-life adventure. D.R.W. © AudioFile 2021, Portland, Maine [Published: MARCH 2021]