Home»Reviews»THE BEAST AND THE BETHANY 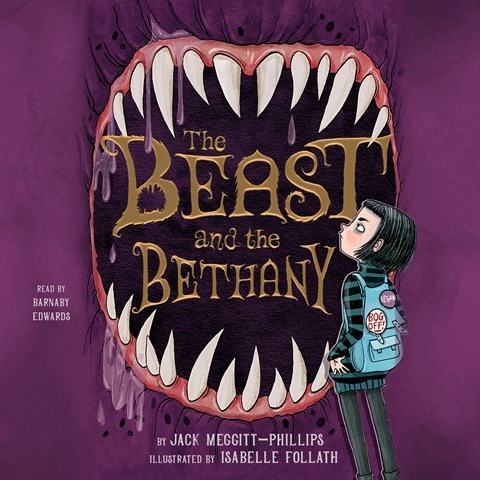 British narrator Barnaby Edwards provides a well-modulated voice for Ebenezer Tweezer, a man who has stayed beautiful for five centuries by serving up meals to a Beast in exchange for a magic elixir. Edwards conveys Ebenezer's horror when the Beast decides his newest meal will be a plump, juicy child. Edwards captures Ebenezer's conflicted emotions as he gets to know Bethany, a child he chose because he thinks she deserves to be eaten. Fans of Roald Dahl and Lemony Snicket will enjoy the macabre humor as Edwards's Beast growls ridiculous demands. Several humorously outlandish characters create situations that allow Ebenezer to question his past actions as he comes closer to his own end. E.J.F. © AudioFile 2021, Portland, Maine [Published: FEBRUARY 2021]